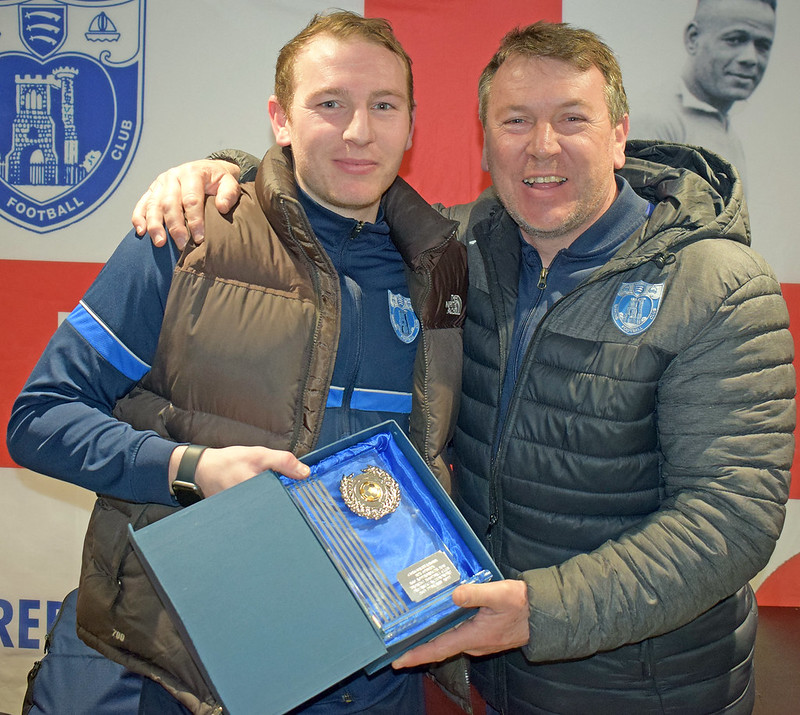 Ben originally came through our Reserve team and was part of the side which won the Essex & Herts Combination Cup in 2009 scoring the first goal in a 2-0 win over Great Wakering Rovers. His first team debut came on January 17th 2009 in a 5-0 home defeat against that season’s ESL champions Romford.

However, It took until season 2010/11 for Ben to become a first team regular and in November 2013 assumed the mantle of team captain and during that time he lifted the Gordon Brasted Memorial Trophy in May 2015 – our first senior trophy since 1997 and in 2017 led Barking to their first league title since 1979 as we captured the Essex Senior League and a return to the Isthmian League.

Fittingly the first goal scored back in the Isthmian League was by Ben in an opening day defeat against Waltham Abbey.

After spending the curtailed 2019/20 season with Basildon United Ben returned to Barking the following season and overtook Perry Coney’s 387 appearances and second place in our all time table away to Westfield on October 24th 2020. Unfortunately, injury has restricted Ben’s appearances for this season but no doubt he will soon be firing on all cylinders.

Below is Ben’s full senior record for Barking FC up to and including today: 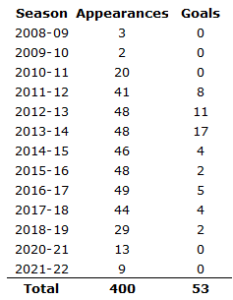 Following yesterday’s match there was a trophy presented to Ben by our Chairman (and no doubt proud father) Rob on behalf of the club.to mark yet another achievement in his remarkable career with the Blues.

This site uses Akismet to reduce spam. Learn how your comment data is processed.